Khaled Abdel Rahman: The play is an experience that gave me acting experience
– Youssef Al-Hashash: It is easy to reach any place… but it is very difficult to maintain it
Badr Mohsen: A great responsibility… My embodiment of the personality of Nimr bin Adwan

On Wednesday, the performances of the Bedouin epic “Nimr bin Adwan”, which started on the twenty-fifth of November at the Bakr Al-Shadi Theater in the “Riyadh City Boulevard” area, will conclude on Wednesday, as part of the activities of the Riyadh Season 2022.

The days of the play, in which “Al-Rai” was present in one of them, witnessed a large public presence that filled the stage, and contributed to creating an atmosphere of enthusiasm among the stars of the work, which includes the great star Khaled Abdel-Rahman, and the artists Badr Mohsen, Muhammad Al-Zuraik, Reem Al-Najm and the karyographer Sami Al-Hajj. The work is written by the writer Abbas Al-Hayek and under the leadership of the Kuwaiti director Youssef Al-Hashash. 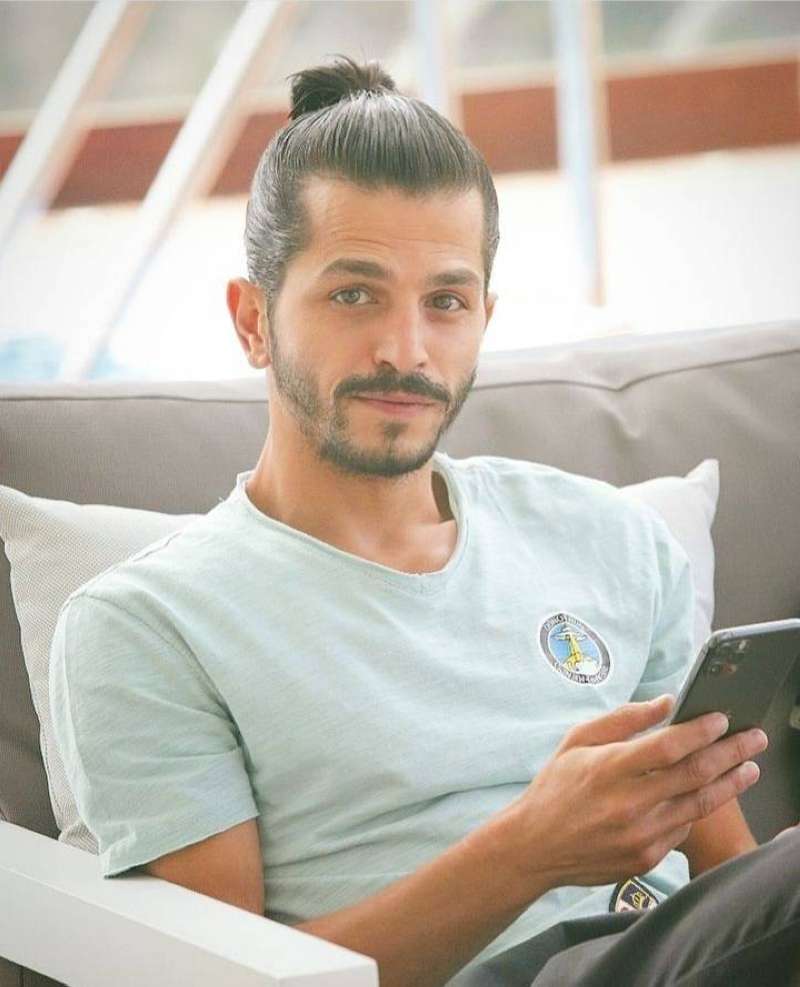 Behind the scenes, “Al-Rai” toured a number of the work team, and the beginning was with the Saudi star Khaled Abdul Rahman, who said that “the play is a Bedouin epic interspersed with an emotional story, drama, art and show, in which I play the role of the singer, and it is my second experience in acting after the series (Darb sand), and the first on the stage ».

He added, “Frankly, I found that all the details of the play are appropriate to participate in, especially since the show that was presented to me was very generous and I was happy with it, and it is an experience that gained me the experience of acting with my fellow artists and I see it as beautiful.” The audience and visitors of the season mean a big thing to me, as they are an important part of the success of any artwork that takes place within the entertainment and recreational activities in various regions of Riyadh.

And while he pointed out that he would continue to act if suitable works were presented to him and not to fill the void only, he indicated that he had received, in the beginning, three offers to participate as an actor in dramas, but he was met with rejection because he did not feel his presence in acting, but in the end they were able. To persuade him to participate in the series “Darb al-Raml”.

“Part of the success of the season”

In turn, Kuwaiti director Youssef Al-Hashash said, “I am not the first Kuwaiti director to arrive in Riyadh. The Saudi capital has embraced all energies at the level of the Gulf, the Arab world and the world as well. We, as Kuwaiti youth, have performed many works and have become part of the success of the Riyadh season. We thank and appreciate those in charge of this.”

He added, “Diligence usually makes its owner reach very beautiful places and achieve great success, and my arrival today at (Riyadh Boulevard) makes me feel proud, especially since the turnout for the activities of the Riyadh season is remarkable and intense from all parts of the Kingdom and from various countries of the world, and this in itself is a great responsibility.” It requires me to make a double effort.”

And he added, “In my opinion, it is easy to reach any place, but it is very difficult to maintain it. Therefore, when we get tired and perform works with diligence and art, it is natural for us to feel satisfied, and there will be a reward and honor in some way.

Regarding the work, he explained that «the play is a very huge work, especially since this story was covered by many Gulf and Arab countries in TV dramas and was able to achieve great success and wide spread, as the hero of the story (Ben Adwan) is a character who has her fans and lovers. Therefore, we hope to reap the fruits of our efforts and work as an integrated work team, and that success will be our ally.

For his part, the artist Badr Mohsen considered his participation in the play a “fairy-legendary experience,” describing his portrayal of the character “Nimr bin Adwan” as a “great responsibility,” adding, “especially since the late Jordanian artist Yasser Al-Masry previously presented it in the past, and this is what makes me feel nervous, Because I am supposed to present it with something (good) and better so that the audience will like it.

The artist, Muhammad Al-Zureik, revealed that he embodies the character of Hammoud, “which is not characterized by him as an evil person, but rather he represents a person who is afraid of change and new ideas that Nimr bin Adwan puts forward in the play,” considering that “this work is terrible, because for the first time in Saudi Arabia it is There is a play that includes acting, singing, folk and Arab dance, as well as the art of sand painting and others.

Kyrograph Sami Al-Hajj said, “The Gulf artistic character is different from the Arab and foreign character, and the performance rhythm in it is very beautiful and contains accurate details. I am proud to be in it.”